Don't worry - Unfettered Brilliance has not gone away for good!

There's so much to talk about here at the end of the year - movies that have recently been released (Exodus, The Hobbit, etc.), movies that are about to be released (Big Eyes, Unbroken, etc.), and a movie that may never be released (The Interview) - but this blog is taking a holiday break and will be back shortly.

Enjoy the holidays and please - come back soon!
Posted by Dale Guffey at 7:04 AM No comments: 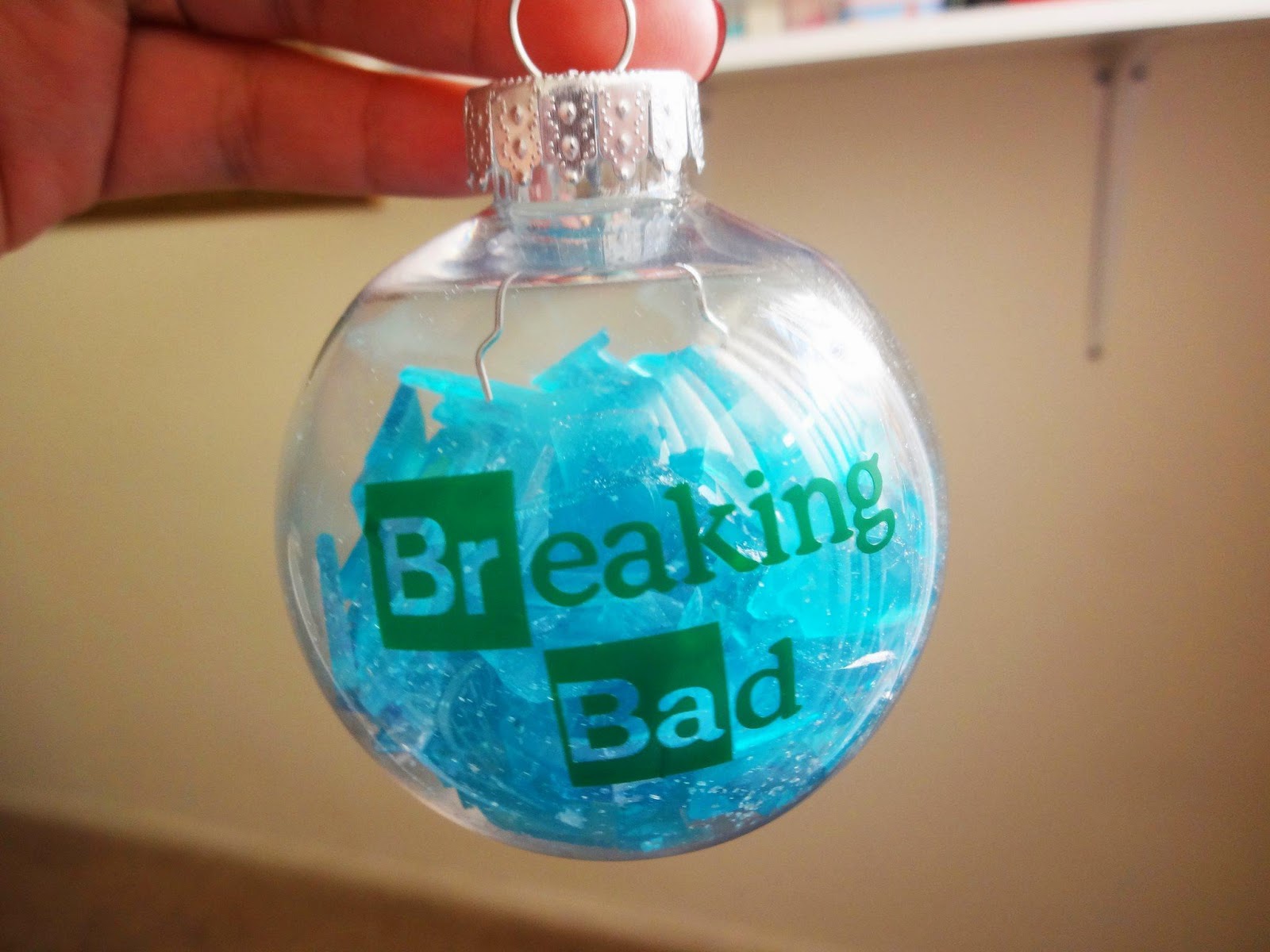 I know, this has become the spot for "Third Age Thursday," a weekly post devoted to Babylon 5 and particularly the ongoing construction of Dreams Given Form, which is the current project Ensley F. Guffey and I are working on for ECW. Publication is expected sometime in 2016 and Dreams Given Form will examine all aspects of the Babylon 5 universe, not limiting itself to the five seasons that were broadcast.

But it's my blog and this week, I'm bursting with news about our first project for ECW, Wanna Cook? The Complete, Unofficial Companion to Breaking Bad which was published this spring and would make a truly excellent gift for the Breaking Bad fan in your life.

Breaking Bad had appeal that transcended the borders of the United States - early on, ECW struck a publishing deal with Myrmidon Books in the United Kingdom (Wanna Cook? was Myrmidon's first non-fiction book, a fact of which we're both quite proud) and that was followed by an arrangement with German publisher Schwarzkopf & Schwarzkopf to have the book translated into a German edition (which, due to different copyright laws in Europe, is also titled Breaking Bad, which is very, very cool). By the way, the link I included here has been translated into English, but yes - it's a German translation of the original book.

Then Brazil got in on the Breaking Bad act. That edition, which will be published in Portuguese by LeYa, is not available yet, and Ensley and I plan to do some (English language) interviews and publicity to promote the book in that great country.

And we thought that was just fantastic - an embarrassment of editions, actually. (Really - we squee'd every time ECW gave us the news of another foreign edition. Seriously. We did.)

But then, almost as a holiday gift, we received the news that Epsilon, a Turkish press, wants to translate and publish Wanna Cook? into Turkish. Turkish!

That makes five publishers (including ECW, of course, about whom praises cannot be sung highly enough!) on four continents and three foreign language editions. We're a pair of turtledove authors, so hand us a partridge in a pear tree and we're nearly half a Christmas carol!

So really - don't you want to buy a couple of copies of this incredible book?  You know you do! Amazon has it in stock and you can even get free shipping if you have Prime!
Posted by Dale Guffey at 12:18 PM No comments:

Black & White & All Over the Screen

If you're looking for a movie that (a) you can take the young fry to and (b) doesn't involve large men in red suits, and you've already seen the superior Big Hero 6 (reviewed here), you could do worse than buying tickets to Penguins of Madagascar. While it'll help if you have a base understanding of the Madagascar characters, it's not a requirement. I did just fine. Penguins is a short film, coming in at just over 90 minutes, and it's fun. It's not a animated film for the ages, but it rises above simply being okay. The vocal talent provides solid entertainment and I doubt that John Malkovich (playing Dave, or Debbie, or Ramirez; Skipper has a hard time with the name) has had that much fun making a movie in years. For the grown-ups, there's a great running gag of movie star names being used for hench-octopi, such as "Nicolas! Cage the prisoners!" or "Kevin! Bake on - we'll still need that victory cake!"

The penguins get themselves into quite a mess with Dave, a brilliant, yet disturbed, octopus who blames the cute flightless birds for his drop in popularity. Fortunately, a highly-secret group, the North Wind (think arctic animals as super-spies) is on the case. Led by Agent Classified, this team clashes with the penguins who have their own plan to save their family - as well as a peculiar liking for a Cheetos-type snack. (Funny bit here - Agent Classified is voiced by Benedict Cumberbatch, who mispronounced "penguin" all the way through. I guess everyone thought it was just an "actor's choice," but no. The man genuinely didn't know how to say "pen-gwen.")


Penguins has some nice things to say about what makes a family (hint - it's not DNA) and that everybody wants to be loved and appreciated. While it probably won't be a movie that sticks with you for all that long, it's cleverly done and worth the ticket price, although holding off for this one to be a rental wouldn't be a bad idea. Dreamworks still isn't Pixar, but it's trying and in Penguins, you can see the effort.
Posted by Dale Guffey at 8:45 PM No comments: 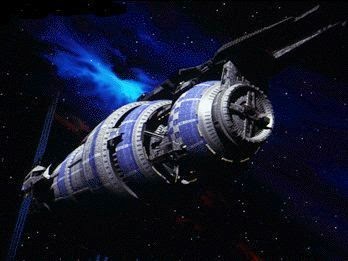 I know that Third Age Thursday has taken a semi-hiatus as one co-author (me) has been dealing with some health issues and the other one (the handsome and talented Ensley F. Guffey, whose blog about this project can be found over here) has had his hands full dealing with co-author 1. Fortunately, the tests have borne fruit and we're closer to an answer and an answer brings us closer to a plan. The whole unexpected, occasionally painful, and certainly an annoyance of an issue has put us behind where we hoped to be by December, but we've got plenty of time to make our deadline. Remember, we're creating a guide (not merely an episode recap - Ensley's blog explains the scope of the project very well) to not just the five seasons of Babylon 5, but the auxiliary shows such as Crusade, canonical novels and comics, and so on. JMS created a complex universe for his stories and material about all of that hasn't been collected in a single place. It's a yeoman's job and yes, we're up to it. Our goal is to create a companion guide that will be useful for the die-hard fan who has seen every episode multiple times as well as the new fan who is just getting into Babylon 5 ahead of the rumored big-screen movie which is scheduled to begin production in 2016. That's a wide audience, but we think we can do it - and we've accepted that there will be a few fans who will be disappointed that their favorite episode/character/ship/quip didn't get more page-time. But unless we want to create an expensive treatise covering absolutely every instance of everything (which our publisher would balk at), cuts have to be made. We've done this before - really, you should buy copies of Wanna Cook? The Complete, Unofficial Companion to Breaking Bad as holiday gifts to see our approach - and remember that show had about half the number of episodes as Babylon 5! - and it hurt to cut favorite quotes to make room for really important themes that came back later in the show, but it had to be done. Ensley and I are C&C on this mission and our goal is to get everyone to their destination in one piece.

In the meantime, entertain yourself with two very different fan mashups of the brilliant show Breaking Bad. The first is Narvinek's gorgeous recap of the show set to the spaghetti Western classic "Ecstasy of Gold" and blows me away each time I see it.

The second, by Rhett & Link, who have made a stunningly funny series of local commercials, is Breaking Bad re-imagined as a middle school musical. The thing that always leaves me gape-mouthed is that both of these, different as they are, WORK.

Back later with Babylon 5.  Promise.

Posted by Dale Guffey at 7:34 AM No comments: