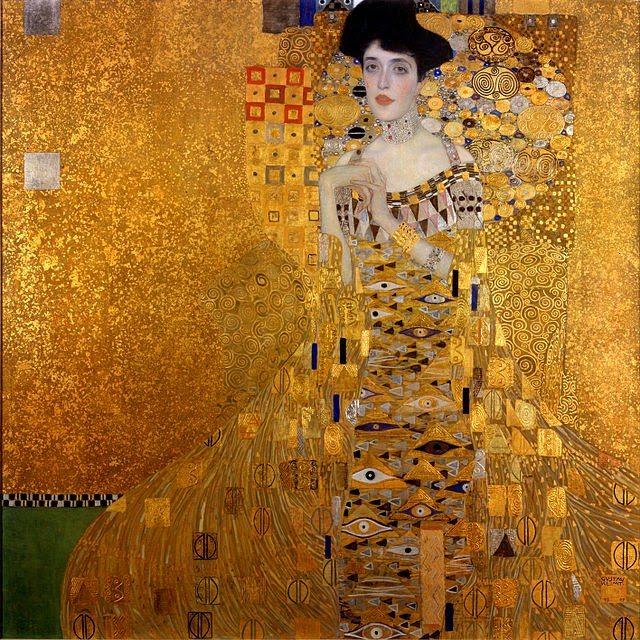 I've fallen a bit behind here with UnfetteredBrilliance and I apologize. However, that doesn't mean I haven't been busy with blog-stuff, so let me update you on the latest!

First - and probably most exciting- Meet Me at the Movies, the weekly movie show I do with Ensley, is finally available as a streamed broadcast! There are several ways to access the show - you can click on the C19 TV link on the home page of Cleveland Community College and then choose Meet Me at the Movies from the available shows, you can just click here, or you can subscribe to the Livestream channel on your Roku device and search for the show through that channel. I've embedding the most recent show (a preview of summer 2015 movies) here in this post and please - spread the word!

In other news, we've seen three movies since I've last posted here. One of them, the recent horror release Unfriended, is a solid "C" and I don't mean that badly. Unfriended does something fresh with the horror genre by having everything take place through screens. The premise is as old as Carrie (and probably goes back further than that) - a high school girl is humiliated and seeks revenge on her tormentors. In Unfriended, the humiliation comes through an embarrassing video that was posted and went viral. The girl at the center of the video kills herself and, on the anniversary of her suicide, takes over her old social media accounts (oh, the product placement!) to torment confessions out of her so-called friends and drive them to suicide. The R rating is mostly for language - the violence is generally seen in very quick smash cuts and is brief. It's more "jump scare" than gore. Interesting for its comments about how much of our lives we live online and how online mistakes can live forever. (By the way, the ABC show Modern Family had an episode ["Connection Lost"] in February that took place entirely through Claire's laptop screen - maybe this is the new thing.)

We also saw It Follows, which is garnering reviews calling it groundbreaking, fresh, and original. I think these critics saw a different movie from the one I saw. I'm not sure exactly *what* "it follows," but it sure isn't any generally-accepted-as-effective guideline for storytelling. Seriously - It Follows doesn't know when it takes place, what time of year it takes place, and isn't too sure about how its own "Big Bad" is supposed to operate. The film's pacing is best described as "lumbering," the cliches are knee-deep, and the score isn't retro as much as it's "we can afford a guy with a synthesizer." Just. Awful. The three-first-named director has a deal to develop a spooky TV show and maybe he'll do better there.

But the bright spot - Woman in Gold. Please, please, please go see this movie! Not only are Dame Helen Mirren and Ryan Reynolds dazzling in their roles, it's a true story that needs to be told. For you see, the Nazis were art collectors and they certainly weren't going to care about such legal niceties as ownership. The full count of the artwork that was stolen over the course of WW2 will never by known - many pieces were destroyed outright as being "degenerate," while other pieces were carefully transported to private homes of Nazi elites and their lapdogs. In the late 1990s, in an effort to reform its world image after electing Kurt Waldheim (a man with a Nazi past who was implicated in the mass deportation of Jews) to lead the country, Austria changed its laws to make art reparations easier.

Gustav's Klimt's portrait of an upper-class woman wearing a diamond choker and wringing her hands, titled Woman in Gold was considered one of Austria's greatest artistic treasures. To Maria Altmann, who had fled her home in Vienna as the Nazis tightened their loathsome grip, it was the portrait of her Aunt Adele that had been taken off the walls of her family home and it was high time Adele was reunited with her true family.

Trust me, this is an exciting, taut drama, drawing on themes of family, sacrifice, identity, moving beyond the past, and the hold the past has on us. Both Mirren and Reynolds do magnificent jobs making their characters true people, complete with sharp edges, rather than two-dimensional saints who have no flaws. Also of note are Tatiana Maslany, who plays the young Maria Altmann (you know Maslany from her incredible work on Orphan Black) and Daniel Bruhl who plays Hubertus Czerin, a resident of current-day Vienna who is an ally of Maria's in her seemingly-impossible quest.

Summer movie madness hits next week - I already have my tickets for Avengers: Age of Ultron. How about you?
Posted by Dale Guffey at 6:32 PM No comments:

I'm still ramping back up to my usual level of go-go-go, but I haven't been totally sloth-like. This column is a lagnaippe for you - a little bonus to go with your usual reading, since this blog has been a little off its feed as I travel through my convalescent stage.  Ensley and I just finished an episode of our weekly movie show "Meet Me at the Movies" (soon to be available through streaming, which has us both excited) that centered on one of the Grand Dames of American cinema, Katharine Hepburn. 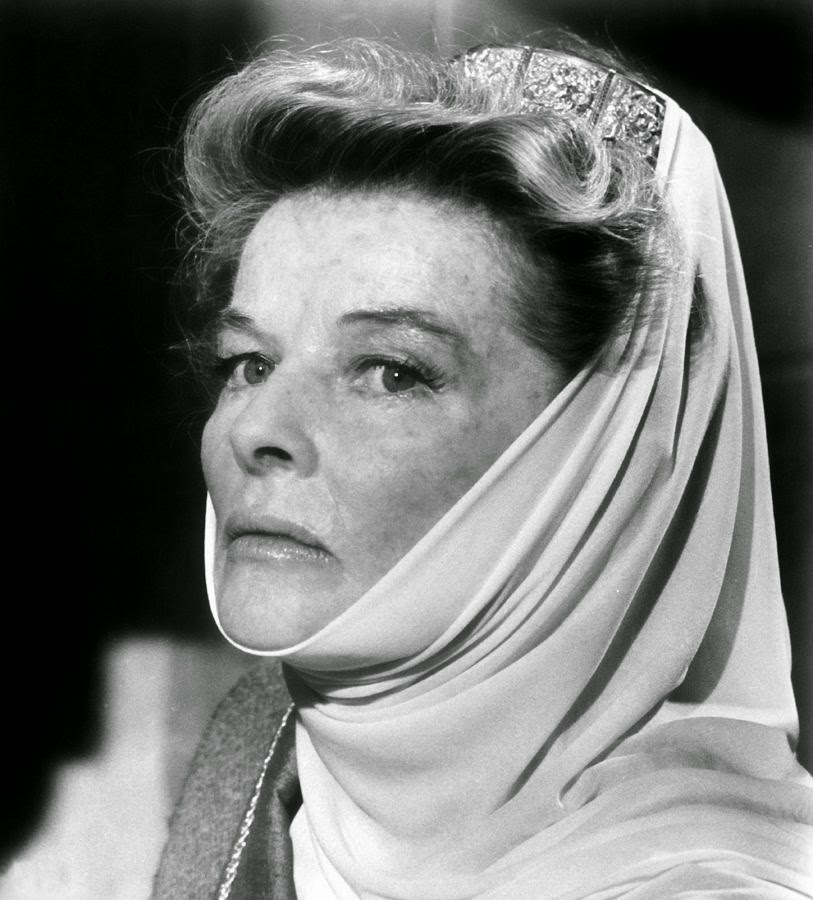 So much to discuss there - 4 Oscars, all for Best Leading Actress (Morning Glory [1933], Guess Who's Coming to Dinner [1967, when she tied with Barbra Streisand for Funny Girl], The Lion in Winter [1968, making her one of the rare back-to-back winners], and On Golden Pond [1981]). Her insistence on living by her own lights, even when that got her deemed "box office poison" for her tailored slacks and unvarnished opinions.

And her 25-year love affair with Spencer Tracy, with whom she did nine films, including Adam's Rib (1949) and Pat & Mike (1952) which featured Hepburn's athleticism. Tracy was a good Catholic and he never divorced his wife. Hepburn respected that relationship, and did not attend Tracy's funeral, instead spending the day at a friend's house. The friend protected her privacy and screened Tracy's Oscar-winning film Captains Courageous (1937) for her.

There's also The Philadelphia Story in 1940. She made that one after her lover, Howard Hughes, bought her the film rights as a present. There's The African Queen with Humphrey Bogart in 1951 and there's the film she viewed as her crowning triumph, 1962's adaptation of Eugene O'Neill's shattering Long Day's Journey into Night.

Kate Hepburn - what a dame! Treat yourself to one or a half dozen of her films, won't you? If you're feeling silly, start with Bringing Up Baby - Cary Grant, Kate, a leopard, and hey - a dinosaur! 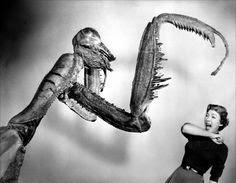 Also, I picked up my responsibilities with BiffBamPop and put out a column about radiation and bug movies. Seemed like a suitable topic, given the last five months or so. It refers to a truly bad movie called The Killer Shrews which starred a very young James Best, who went out to fame as Roscoe P. Coltrane on The Dukes of Hazzard. Mr. Best was a gentleman of the first order and he took his final bow on this earthly stage a few days ago.

Lastly, I've been breathlessly watching Better Call Saul, which has been renewed for another season. I wasn't sure about this show at first - spinoffs are a tricky business. For every Maude or Frasier, there is an AfterMASH or The Ropers.

I can report with complete delight that Better Call Saul is a gem. Watching Jimmy McGill try so hard to stay on the straight and narrow and run into wall after wall, you develop a sort of sympathy for him. I don't want to spoil it - really, this is one you should watch - but Bob Odenkirk is a find whose talents go beyond being the outlandish Saul Goodman we saw in Breaking Bad and the supporting cast is likewise fantastic. Both shows have some similarity in themes - both Walter and Jimmy want respect for their efforts and talents - but BCS is no mere copy of BrBa.

There now - I've given you plenty to go explore!  Back soon!
Posted by Dale Guffey at 2:34 PM No comments: