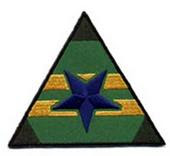 I'm just back from the annual Popular & American Culture Associations in the South conference. This is a major regional academic conference devoted to the developments in the field, where I presented on Whedon's Dollhouse and cinematic theory. In two weeks, I'm presenting at the annual Browncoat Ball, which is a very "fan" event. Since I'm whipsawing from "scholar" to "fan" gathering, this seems like a perfect time to bring up this point.

There are scholars who devote their academic careers to the careful, thoughtful study of popular culture - the study of the works of Joss Whedon, let's say. There are also fans who throw themselves into these created fictional worlds in other ways, creating elaborate backstories, writing fan fiction and so on. See here for an example. When studying popular culture, is there a difference between a "fan-scholar" and a "scholar-fan"? If so, exactly what is the difference?

When recently asked this question, I mouthed off that yes, there is a difference and it's likely to be rooted in the degree of critical rigor one brings to the analysis and examination of the works being considered. However, I'm not sure I like my own definition - I know some hard-core fans whose attention to detail is worthy of immense respect and my flippant response seems to dismiss the fan who sews her own Kaylee hoopskirted dress.

So maybe it's not the "critical rigor" but the overall passion that is brought to bear on the project. Knowing how much time, effort, sweat, stress, and occasionally tears and (just once, I think) hissy fits go into every (well, every decent) paper, presentation, essay, chapter, or book - well, I can't imagine expending that much energy on something that I disliked. (Can't you imagine that? Working for two years on [let's say] a Marxist reading of Jane Austen's Mansfield Park through permanently gritted teeth while you mutter over and over, "I freaking hate this woman!" It's enough to drive one to gambling.)

And there's another problem with my definition - there are people who do expend tremendous amounts of energy on "anti-fan" Websites - consider the full-out hatred of Wesley Crusher in this site, for example. Or this blog posting (not a full site, I'll grant you, but I'm on my first cup of coffee) devoted to anti-Martha Stewart love.

So there goes another perfectly good, bunny-less theory. (It's a "Once More, With Feeling" reference - if you didn't get it, just let it go.) People are willing to devote huge amounts of time to things/people/shows that they in actuality dislike.